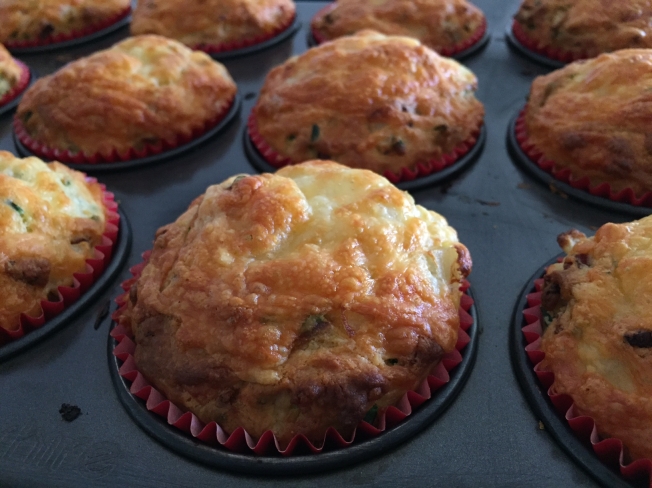 Although I hear that some people don’t like bacon, to me, it’s a food group all of its own, along with Diet Coke and good coffee. What follows is another delightful recipe from Hugh Fearnley-Whittingstall, the third and final in this series for summer hospitality and easy back to school non-sandwich lunches. These cheesy, bacony, and very pretty muffins are fluffy and so eatable. The recipe below produces 12 and costs less than $6 to make.